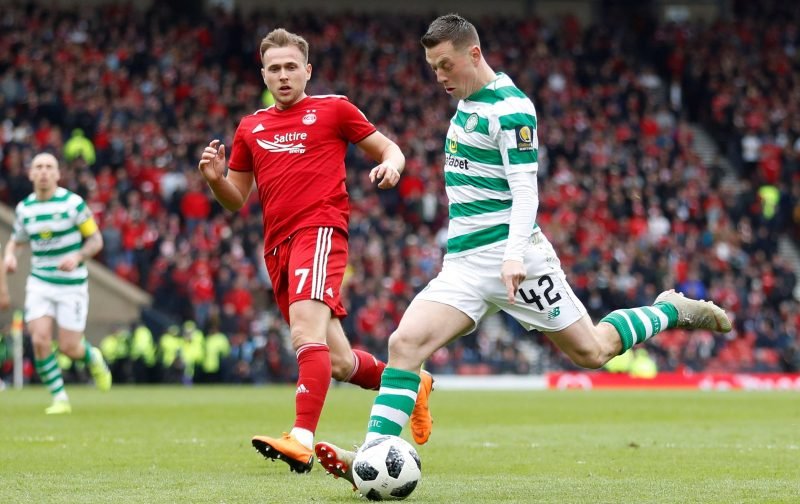 Celtic got their competitive season off to a good start yesterday evening as we came from a goal behind to beat FK Sarajevo 3-1 on their own turf.

The Bosnian side represented a real banana skin but the Bhoys did their jobs well and should now see it through back at Celtic Park.

One bit of news this week that’ll concern more, though, is that Callum McGregor wants to leave the club this summer – or so Football Insider reckon.

The 26-year-old midfielder seems the natural successor to Scott Brown in the middle of the park but it appears as though Leicester City want him and he wants a move to them to work with Brendan Rodgers again.

Of course, this is just speculation at the moment but it is certainly a worry given the importance he provides to our side.

We’ll just have to wait and see whether the Foxes make a bid, and whether the player pushes for a move.