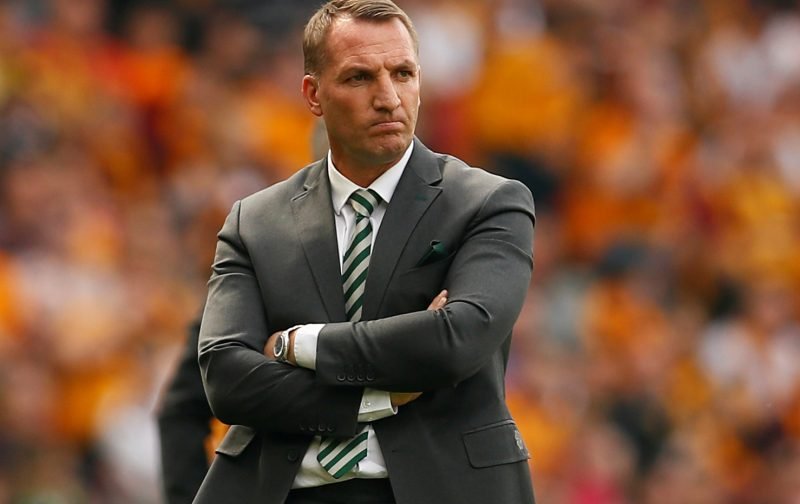 Celtic manager Brendan Rodgers has revealed he had to dodge an Orange walk during his first week as boss of the Hoops, in a sad reminder of the troubles he left behind in Northern Ireland as a youngster, as reported by The Scottish Sun.

The relationship between sectarianism and football has been in sharp focus this week after both Steve Clarke and Kris Boyd opened up about unacceptable abuse they’ve received in recent matches against Rangers and Celtic.

Rodgers was asked about his own experience since arriving in Scottish football.

As quoted by The Scottish Sun, the Celtic Park boss said:

When I came to Scotland, I sensed it. I’d moved away from the Troubles when I was 16 and  came here to Scotland when I was 43. During my first week in Glasgow, I was on Maryhill Road getting some petrol in my car and the next minute I heard the drums beating.

There was an Orange walk going on — and it was coming past the petrol station. I had the feeling that day that I hadn’t had for years. You’ve never seen me dance around a car with a petrol pump so fast trying to hide!

Thankfully, it was only one marching band out on a Saturday just having a wee practice.

Listen, I’ve had a wonderful time in Scotland, it’s been an amazing experience. I’ve had bits and pieces of abuse but I always ignore it. There is certainly an element of that. It is such a shame because religion and football are such a big thing in Scotland. But there needs to be a positive plan or else you are going to ruin a country, going to ruin a society that has so many positives.

Steve Clarke was despondent in the press room at Ibrox mid-week detailing the abuse he received from supporters and it’s clear something has to be done about a problem that is blighting our game.

It of course goes far beyond football, as Rodgers summed up above, but far too often it raises its head at football matches with little done to combat it.

Celtic managers and players have also been on the receiving end in recent seasons. The abuse and actions against Neil Lennon were not even enough of a watershed moment for anyone to step in and take responsibility.

Sadly it seems to be something that we’ll have to endure on an ongoing basis, knowing that all we can do is educate and inform those around us.