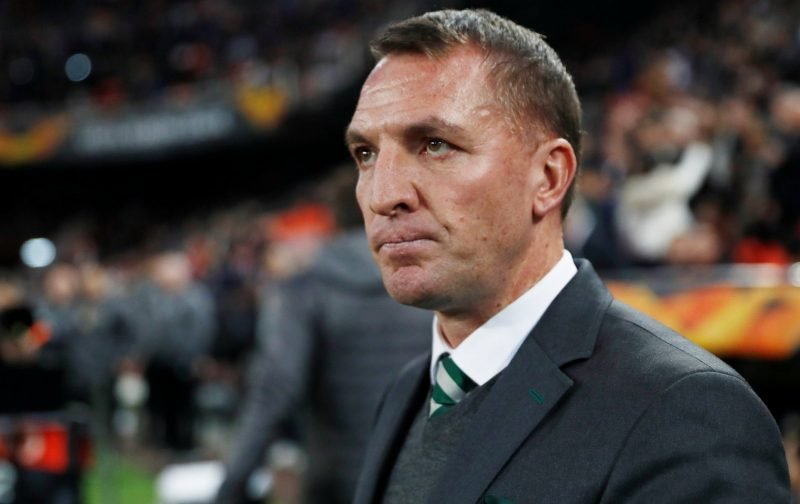 It was the big talk of the transfer window.  Celtic were in dire need of defensive cover and Brendan Rodgers was, seemingly, keen on the big defender to get a move to Celtic Park on loan for the rest of the season.  Rodgers was very complimentary about Celtic and dropped a massive hint that a move could have been a possibility when he said, “Celtic would be a great move for him. He’s at the age where he really needs to be playing and that didn’t quite materialise at Cardiff.”

That quote excited the Hoops fans as they know just how good Benkovic is from his first loan spell at Celtic during Rodgers tenure but little did they know that moves were afoot behind the scenes as Belgian club OH Leuven were already in advanced talks to take the Croat to the Juliper League and it seems, in my opinion, that Rodgers hollow words were just a ruse to push along the deal.

However, Benkovic eventually chose Leuven and cited that “Here I want to make a fresh start and find my best form.”.  Fast forward a month and four fixtures later and Benkovic has not featured in a single fixture for the Belgian mid table side who have won only one fixture in their last four.

It was a gamble and Benkovic probably felt he would have waltzed right into the Belgian side, but unfortunately for him, he has struggled to earn a place in the starting eleven.  It is reminiscent of his days at Cardiff City where he only managed one appearance during his ill fated loan spell.

This also begs the question.  Did  Celtic dodge a bullet in not signing the big Croat as he appears to struggle to break into any side since his £12m move from Dinamo Zagreb to Leicester City?

Think you know Celtic’s history in the Champions League?  Take our quiz to test your knowledge and challenge your friends and family to beat your score!