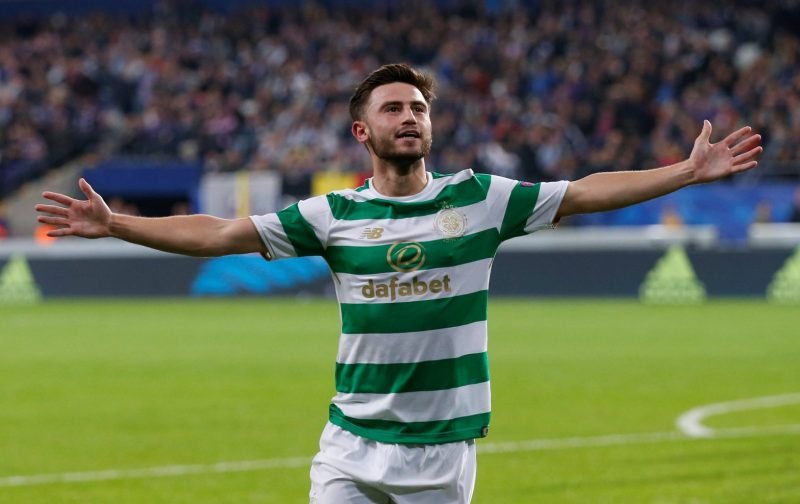 Celtic are out of the running in the race to sign Harry Wilson this summer, with Liverpool completely ruling out a switch to the Bhoys.

The reported reason though seems tenuous at best, the suggestion being that the decision has been made because of recent loan moves involving Charly Musonda and Patrick Roberts.

That’s according to the Liverpool Echo, who say that while the Reds may be open to a temporary switch for Wilson later this summer, Celtic Park won’t be the destination after concerns about the use of both Musonda and Roberts.

Liverpool preferring to loan Wilson elsewhere is obviously their decision and it has to be respected, but the idea that Celtic have misused young talents that have come their way in recent seasons is ludicrous.

The 18-month period Roberts spent at the club could only be described as a great success for all parties given there was zero chance of him getting the first team football he needs at Manchester City.

He made 78 appearances for the Bhoys, scoring 18 goals and assisting 26 times in the process. Not only did he become beloved by supporters, but also raised his profile significantly, to the extent that a number of English Premier League clubs are interested in signing him this summer.

Roberts also had the benefit of exposure to UEFA Champions League football and the opportunity to work under an elite coach in Brendan Rodgers.

It’s true that last season Roberts’ loan didn’t quite work out like anybody expected but a lengthy injury was a huge reason for that, along with the emergence of James Forrest as one of Rodgers’ strongest players.

The Musonda situation is more complex than first appearances, with Rodgers himself suggesting it was the player’s inability to settle in Glasgow behind his failed move from Chelsea. Musonda also suffered a shoulder injury towards the end of the season that necessitated his return to London.

Liverpool may be seeking a side that can guarantee Wilson first team football, but there still aren’t many clubs in British football better suited to giving young players regular action than Celtic, as long as they’re good enough and up for the challenge.