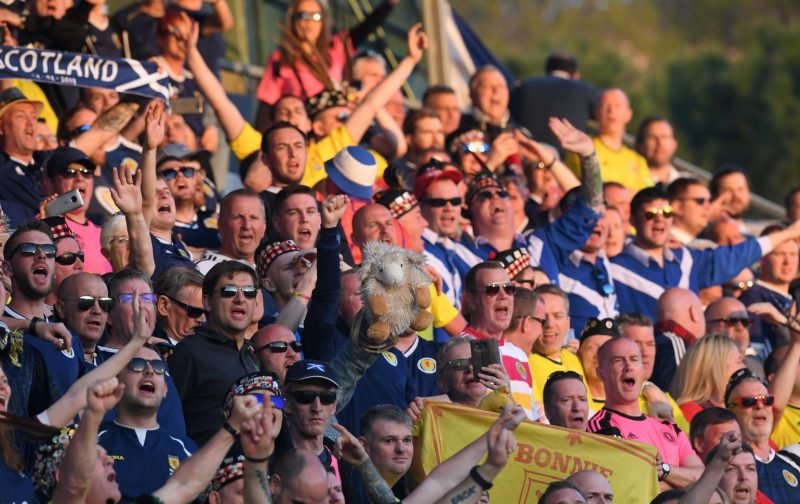 Scotland fans did not enjoy the performance of Celtic midfielder Callum McGregor on Sunday after Alex McLeish’s side laboured to a 2-0 qualifying win away to San Marino.

San Marino are rock bottom of the official FIFA rankings and supporters had hoped that the national side would put them to the sword and rack up a convincing victory after Thursday evening’s humiliation against Kazakhstan.

However, despite an early goals, the performance was pretty dismal and Scotland were forced to wait until late on to put the game beyond doubt.

McGregor was criticised as one of the poorer stars throughout his time on the pitch, eventually substituted off early in the second half for Manchester United prospect Scott McTominay.

There was a real lack of urgency in McGregor’s game and he’ll know he can play much better than he’s shown over the last week.

Callum McGregor is the Old Firm player I’m most inclined to think could do something for Scotland but by Christ he’s had a terrible, terrible week

Yet another nothing performance from Callum McGregor.

Callum McGregor has been absent all week. He’s pish

What has Callum McGregor offered in this game?#sansco

Callum McGregor is utter mince, McLean has looked far superior than him and Armstrong but because he never played for Celtic nobody will acknowledge that