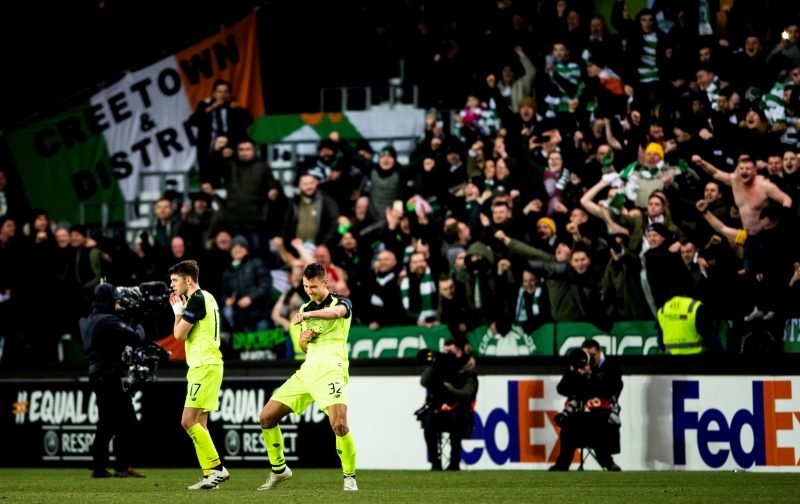 Celtic supporters celebrated long into the night on Thursday after watching their side secure a massive three points in UEFA Europa League action.

Scott Sinclair’s goal provided the 1-0 win away to Norwegian champions Rosenborg, moving the Hoops onto nine points in Group B.

After losing the other away matches in the group against RB Salzburg and RB Leipzig, it was a massive step towards qualifying for the knockout stages of the competition.

We now just need a draw against the Austrians at Celtic Park on December 13th to book our place in the last 32.

Celtic players and supporters came together at the end of the match to revel in the joyous win, with a fan posting a brilliant video to Twitter to include the rest of us in the action.

This one minute video of tonight’s fan salute in Trondheim has been seen 12,000 times on FB! pic.twitter.com/iXywkUHDs4

There could be much more to celebrate this weekend too as everyone congregates at Hampden hoping to see the Hoops destroy Aberdeen in the Scottish League Cup final.

A win in that match would secure our first silverware of the season and be our seventh domestic triumph in seven attempts since Brendan Rodgers arrived at the club.

Will we be seeing similar scenes at full-time?