“What are they laughing at?- Strachan sensationally rips into giggling Celtic duo 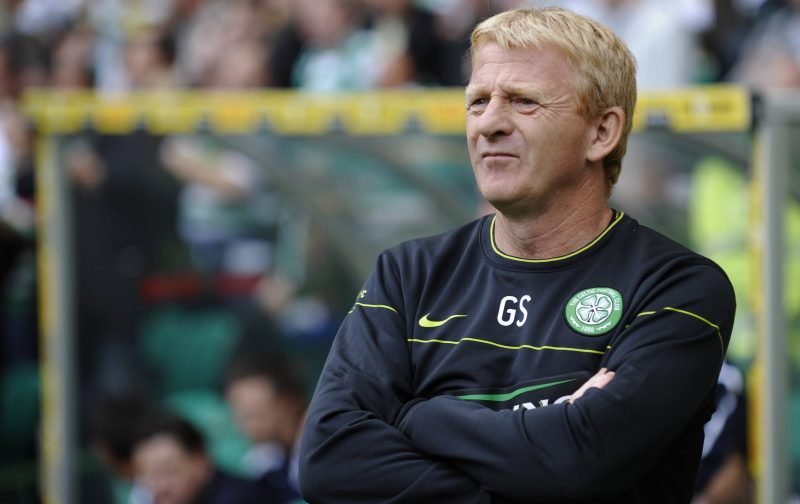 Date: 27th February 2021 at 6:19pm
Written by: Paddy Sinat
After today’s 1-0 victory against Aberdeen at Celtic Park today in the Scottish Premiership, ex double winning manager, Gordon Strachan, had a sensational on air rant at striker, Odsonne Edouard and young midfield dynamo, Ismaila Soro.  Edouard got the only goal of the game in interim manager, John Kennedy’s, maiden game in the seventh minute to claim all three points for the Hoops.
In the post match analysis, Strachan was enraged at Edouard and Soro for laughing together after the big French striker blew a great opportunity to double Celtic’s lead in the dying minutes of the game.  What particularly annoyed Strachan was the talk of the team having togetherness, when during an attack, Edouard opted to go for the chance of a second goal himself, rather than play in Soro who had made a lung bursting run to race clear of the Dons defence.
Edouard went for goal himself rather than play his team mate in but failed to make the opportunity count.  Strachan was not impressed by both players at the final whistle as he ripped into them for laughing together,  “Do you know when we are talking about team spirit and being close together? I wouldn’t have been happy as a manager and seeing they two laughing (Edouard and Soro) at something like that. Together is when you say to somebody ‘I’ve made a 50 yard run push me in then we win two nothing. And then we celebrate that’.
“And then the guy who’s made a mistake can take it. That’s more together than ‘oh yeah that was unlucky that was fine’, big smiles, but no. The manager’s resigned this week. How can you smile at that after an opportunity to lay someone and pass and score, two nothing! We win. Rather than you going for two yourself. That would be my concern.”
Strachan was clearly unhappy with the pair as his passion showed in his 60 second rant.