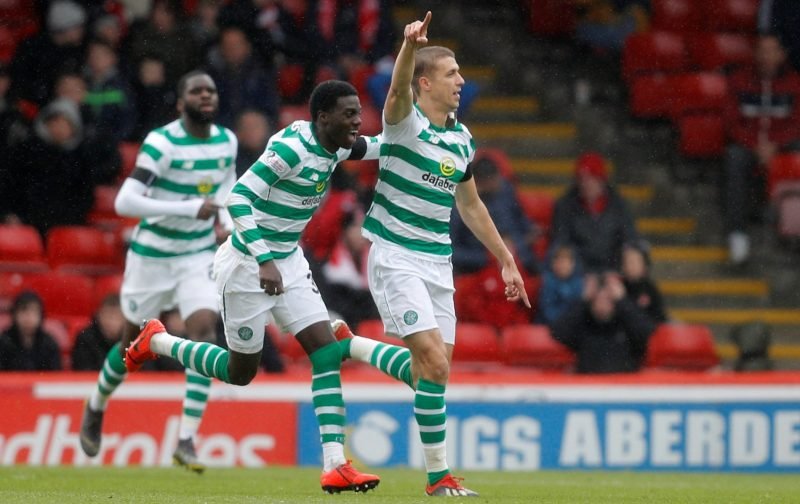 According to the Scotsman, Jozo Simunovic has agreed personal terms with French side Lille and is set to move away from Celtic this summer window now.

The defender is one of the few we have got at the club but the Hoops look set to see him leave with the report suggesting that he is going to double his wages by swapping Glasgow for Northern France.

The Croatian is a defender that has sometimes put in indifferent performances but, whilst I wouldn’t say that he’s our best centre-half, he is a player that we, I think, should be considering keeping.

What I will say if this goes through now, is that we need to get in a new centre-half before the window shuts purely because of the numbers involved.

Jullien has come in and looks a strong option whilst Kristoffer Ajer is also about but I’d argue we can’t afford to let the numbers get much lower than they already are.