Criticised Celtic star’s summer proves he does not need replaced 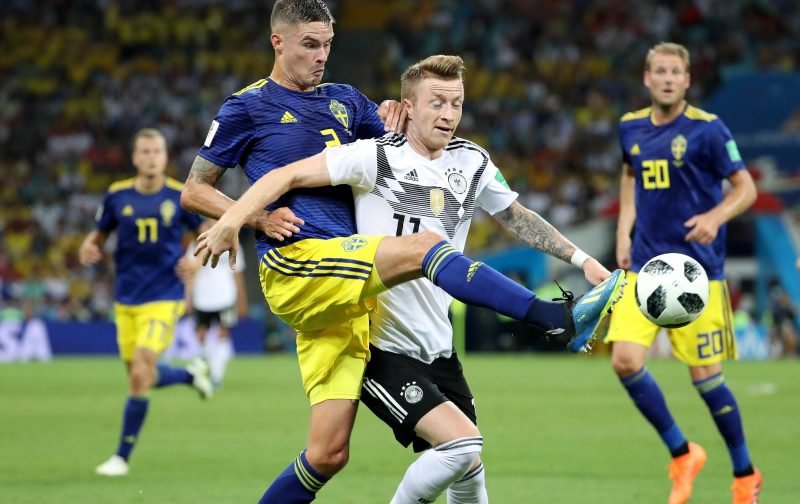 Mikael Lustig is a World Cup quarter-finalist. After Sweden’s hard earned win over Switzerland on Tuesday, they now face England this coming Saturday for a chance to make it into the semi-finals of the competition. He’s been a key player for them too.

After receiving plenty of criticism from supporters last season, is it now time to give him a break and accept he would be a nightmare to replace?

Unfortunately for the Swede, he will not be able to featured in the England clash after picking up another booking against the Swiss, ruling him out until the semis, should they make it.

Still, he’s played all but eight minutes of their tournament run to this point and has been a big performer for his country, most impressive in the 3-0 thrashing of Mexico in the group stages.

In Sweden’s organised system he’s been very comfortable on the right flank, showing the resilience to make tackles or intercept when necessary.

Although often tasked with playing long into outlets further up the pitch, he has been spotted supporting his teammates in attack too, making six key passes in the tournament so far, more than anyone in the Swedish team apart from Viktor Claesson (as shown by WhoScored).

Although there were definite dips in his form last season, Lustig has been a central part of Brendan Rodgers’ successful team and pushing for a replacement could be a case of ‘be careful what you wish for’ from supporters who have grown tired with his contributions.

There is no doubt though that at the very least he needs competition in the position. That will only raise the standard of his own game and in the long-term, any signing would ideally be his eventual replacement, with the defender now 31 years of age.

Next season though it’s likely that Lustig will again be the main man and, after watching him in action this summer, that’s alright with us.

Do you think Celtic need a replacement for Mikael Lustig at right-back next season? Have your say in our poll below…