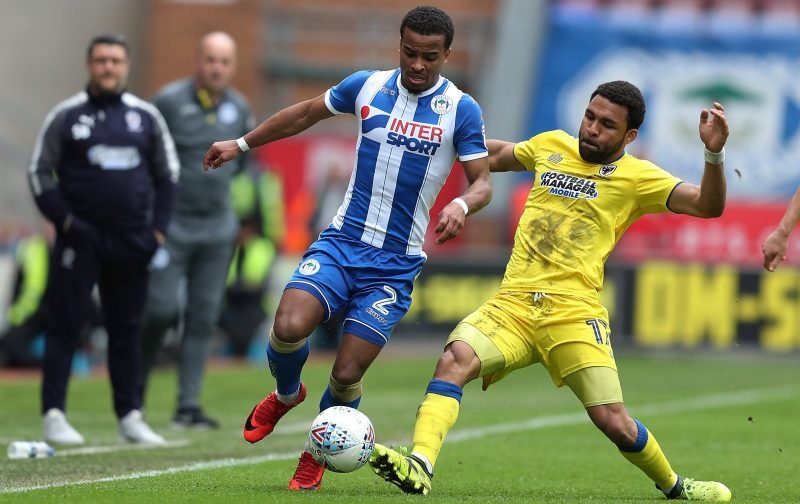 Given the lack of incomings at Celtic Park, it’s evident that the Bhoys are adopting a poised and measured approach to their transfer business. Brendan Rodgers will only acquire players that will enhance the quality of his squad, and Wigan Athletic’s Nathan Byrne could help to augment the quality of Celtic’s defence.

According to Football Insider, the Scottish champions have approached the right-back. Despite signing Christian Gamboa, the Costa Rican defender has failed to feature prominently for Celtic, and Nathan Byrne could prove to be an astute signing for Brendan Rodgers’ side.

Despite being 26-years-old, Nathan Byrne is vastly experienced, and he played a critical role for Wigan as they secured their promotion to the Championship last season. To date, he has amassed 65 appearances for the Latics, and he exhibited his credentials as a competent full-back last campaign.

One of the Englishman’s primary strengths is his versatility. His most comfortable position is at right-back, but he can also be deployed at left-back or as a right-midfielder. This sense of tactical adaptability could be of exceeding benefit to Celtic as they seek to fortify their dominance in the Scottish Premiership.

Byrne – who is valued at £450,000 by transfermarkt – is a progressive full-back, who enjoys contributing to play in the final third of the pitch. The full-back is an individual who exhibits tremendous crossing ability, and he’s also a threat when attacking set-pieces. To date, the defender has amassed 14 career goals – which is an exceedingly respectable total for a defender.

Whether Nathan Byrne is capable of displacing Lustig remains to be seen, but the 26-year-old would undoubtedly strengthen Celtic’s defensive options, and his presence would provide the Bhoys with invaluable competition and treasured squad depth.  He would be a useful option for Celtic.

What are your thoughts? Do you agree? Let us know by voting in the poll!