Is 6ft 2in defensive stand-out the answer to Celtic’s centre-back woes this summer? 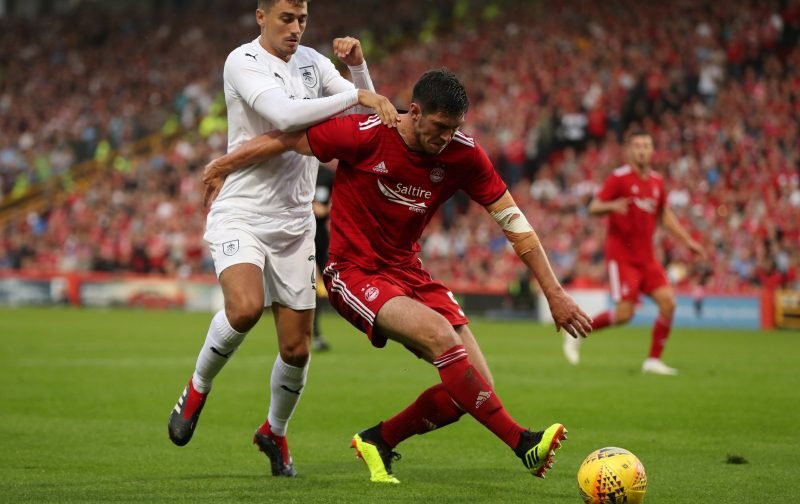 Celtic are rumoured to be closing in on the £2.5m signing of Aberdeen defender Scott McKenna, according to VideoCelts.

The Hoops site reckons that Celtic’s interest in the 21-year-old hasn’t weakened despite the player suffering an injury setback in the early stages of the season, claiming that all parties are working towards getting the deal completed before the end of August.

It comes in the midst of a perceived defensive crisis at Celtic, with a number of slack goals being conceded in a variety of competitions, most recently against Scottish Championship side Partick Thistle on Saturday.

With the defence blamed for the recent exit out of the UEFA Champions League qualifying process too, new centre-backs are badly need in the final two weeks of the summer transfer window.

McKenna emerged last season as one of the stand-out defenders in the Scottish Premiership, with his profile raised to the extend that he won his first four caps for the Scotland national team.

Still just 21 years of age, he would appear to have significant potential, although Celtic fans are growing impatient waiting on prospects becoming reliable first-team stars.

Is he any better than Kristoffer Ajer or Jozo Simunovic? The jury would be out on that one, and he’s probably more likely to be compared with Jack Hendry, who has come under fire recently for his performances.

Away from the context of recent goings on at Celtic, he is probably worth a punt. The problem is, the Hoops can’t afford to get their next defensive signing wrong and there would be a whole heap of pressure on McKenna’s shoulders should he make the switch to  Glasgow.

What are your thoughts on potentially signing Scott McKenna? Is he the answer? Let us know in the comments…