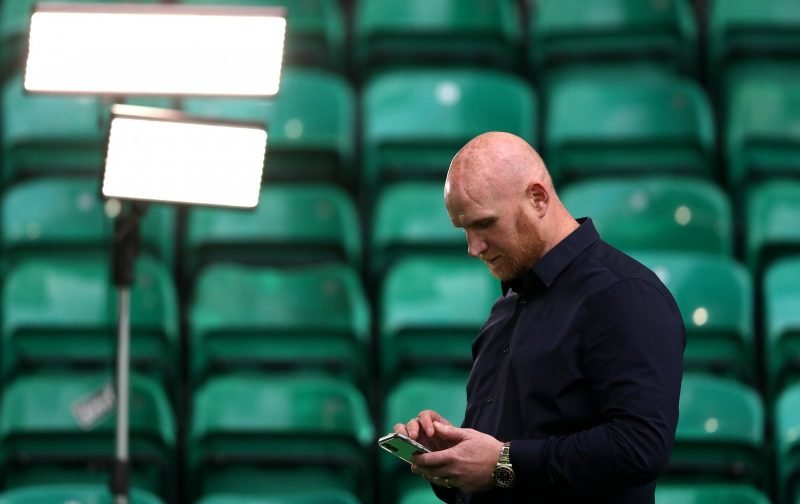 To be honest, I was surprised at the announcement that Rangers were denying the Celtic fans tickets to the next Glasgow Derby.

I would have thought that after stopping the ten in a row, they would have loved the first chance they got to rub the Hoops supporters noses in their first ever title win.

And who would have blamed them? They have took unbelievable amounts of stick from the Hoops supporters for the last nine/ten years as the Parkhead club swept them and everyone aside to claim their second nine in a row and a record breaking Quadruple Treble.

Speaking on Go Radio, former Celtic striker John Hartson, pointed the finger squarely at the Govan club for this mess as presenter of the show Paul Cooney, strangely, tried to lump Celtic into the mixture by claiming he “wished both of them would do the right thing” when the initial decision was made by Rangers.

Hartson was having none of it and laid the blame right at Rangers door, “I think Rangers started this three or four years ago when Celtic were on five or six in a row on and they were going to Ibrox and winning, celebrating and Rangers as a club, then decided to cut Celtic’s allocation and then Celtic reacted by doing exactly the same.

“But I think it was because of the success  during that last three, four or five years, Rangers just all of a sudden thought, “Celtic are very strong we want to cut the allocation maybe not to make them even stronger“,  with the away crowd.

“I used to love it playing that Celtic and we’d see Rangers almost take every seat in the away end available, go into a Ibrox, Celtic would take the lower standard and the upper tier.

“And there be a good atmosphere and banter amongst the crowd.”

Cooney tried to qualify it by saying Celtic “retaliated first”, well of course they did! They were the only club involved and there was wrong doing towards their fans. What did anyone in their right mind expect them to do?

It is an immature and selfish decision by Rangers to continue this childish tact of denying the Celtic fans tickets. It was done for one reason as Hartson rightly pointed out and it is being done, again, for the same one.

The Ibrox club are running scared of what’s coming to them on the 29th August.