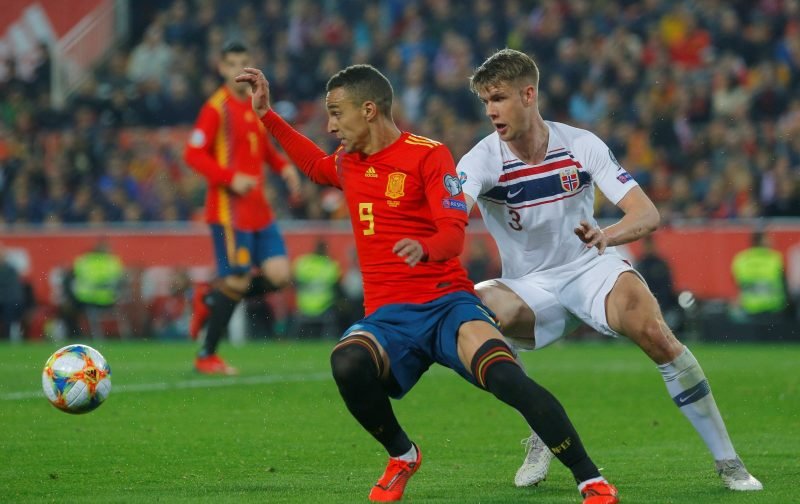 Celtic have reportedly slapped a £15million price tag on the head of Kristoffer Ajer as the Norwegian international’s future at Parkhead looks increasingly short lived.

The Daily Record claims that the defender, who has been the subject of interest from several clubs but most recently, AC Milan, Leicester City and Premier League new boys West Brom, is set to be granted his wish of allowing his representatives to talk to other clubs.

After the Champions League exit to Ferencvaros, Sky Sports claimed that Ajer had asked Celtic to detail what it would take to allow him to leave and with Neil Lennon having secured the services of Shane Duffy, his departure would be al title easier to take.

It will be interesting to see if the 22-year old is selected when domestic football returns after the gaffer claimed that he only wants players who want to stay and fight for the club. 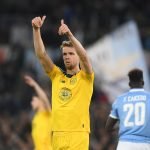 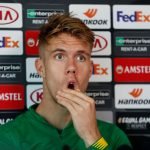 There is already a possible replacement being lined up for Ajer with Sampdoria’s Omar Colley being linked with a move to Parkhead, however, at £9m, he wouldn’t come cheap and the 27-year old would be expected to hit the ground running coming in for a potential club record fee.

Lennon would have wanted – and probably expected – a relatively stress free transfer window but after securing solid signings to upgrade his squad, he now faces an uphill battle to hold onto players that have previously been key figures within the dressing room in Paradise, a challenge that could yet determine the success of the season.