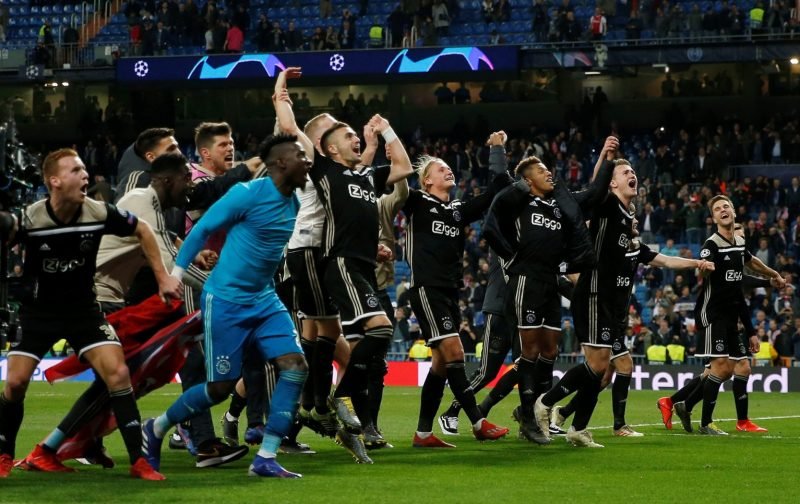 Celtic fans were watching on in envy on Tuesday night after Ajax knocked Real Madrid out of the UEFA Champions League.

Fans couldn’t help find comparisons between the sizes of the two clubs both in terms of fanbase and revenue after they shocked Europe by mounting a comeback win against the trophy holders on their own patch.

The Dutch side apparently have a wage bill below Celtic’s, with total revenue also below what the Hoops have generated in recent years.

It’s led some to think that the Hoops should be doing a lot better on the European stage and should be looking to mirror the behind the scenes set-up found at the Eredivisie giants.

Whatever happens at Celtic in the wake of Brendan Rodgers departure, one thing is clear – we need continuity. We need an overarching view of the direction the club is taken and it can’t all fall upon Peter Lawwell’s shoulders.

We need a proper Director of Football and an ambitious and innovative coach who can get the best out of our academy prospects.

That of course is far easier to write than it is to actually do.

These fans are looking for Celtic to try and emulate Ajax’s European success in recent years, taking to Twitter to share their thoughts this week…

Ajax have just scored 4 goals in the bernabu against the team who’s won it 3 years in a trot!!!

Realistically there is absolutely no reason why #Celtic haven’t been able to develop to that #Ajax level over the past few seasons other than #Celtic holding themselves back. Lessons to be learned there!

Ajax back as a European force and they were in a very similar position to us in recent years.

We have a few more obstacles in our way in comparison (re: coefficient from other SPFL teams) but we are in a similar pool to Ajax in terms of club size and infrastructure.

Just a reminder;
Ajax revenue is £10m below ours
Wage bill £6m below ours
Co-efficient way above ourshttps://t.co/NY3Y8NF5wz

It's high time Celtic started doing things right like ajax and other Euro clubs with a similar fan base, stature and strategy

Ajax are prepared to suffer 2/3 years of not winning the league to create a good young team. They do it every so often. We (celtic) to narrow minded and obsessed with 10IAR to do this. It can be done.

Biggest diff is the patience shown by the club and fans, they dont allow their kids to hit a glass ceiling by sitting behind run of the mill foreign signings. Has Toljan really played that much better than Ralston?, but if we didnt sign him folk would say the board are at it