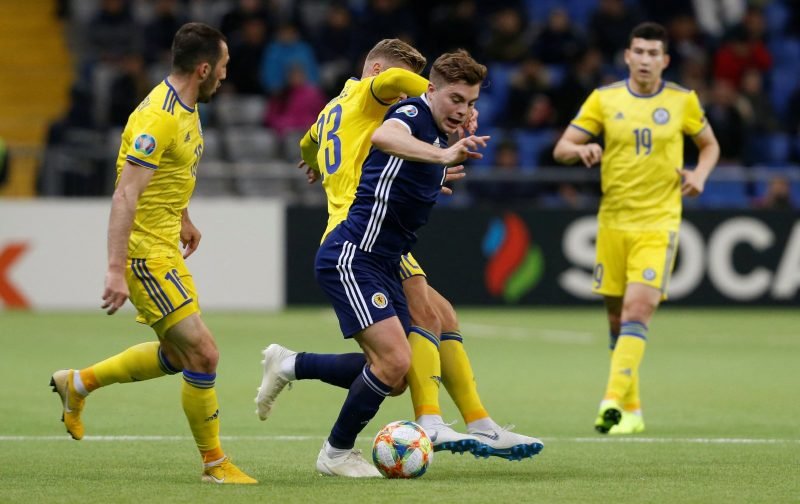 Fans did not enjoy Celtic star James Forrest’s performance for Scotland away to Kazakhstan earlier today after the national side were humiliated in a 3-0 qualifying defeat.

In a result that will go down as one of the worst in Scotland’s long history, the performance of the players was rather shocking, with usually reliable Hoops stars looking as lost as anyone in the starting eleven.

Given Forrest’s incredible form for his country during the recent Nations League matches, hopes were high he could produce another big performance today, but he struggled to create anything or get involved much in the fixture at all.

Ultimately it means little to Celtic, Hoops players are judged on what they do in green and white, but it’s never nice seeing our players struggle so badly on the international stage.

Can Forrest and his teammates turn things around against San Marino on Sunday? Anything else than a convincing win will only cause more drama.

James Forrest has had half a decent season at Celtic in 9 year. Too many people still act like he’s an 18 year old prospect for the future, majorly overrated

Is James Forrest the most overrated player is Scottish history. Honking #KAZSCO

James Forrest no interested. Cracking player when his team is on top and attacking but saw this many times for club and country when it’s not going the way he wants

The James Forrest of his first 25 caps is back. Not that anyone has been anything other than garbage