On this day: Celtic 3-1 Dunfermline. The Treble is back on! 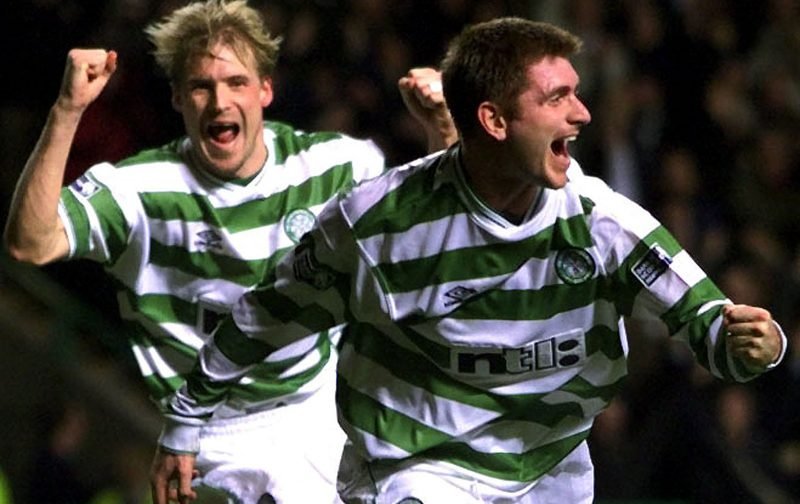 As the recent events at Parkhead have been all doom and gloom, lets look back on this day in season 2000/01.  Martin O’Neill had just taken over the Hoops from the disastrous John Barnes era and was aiming to end Rangers dominance by famously quoting “Rangers are the benchmark”.  That benchmark didn’t last too long.

2nd December 2000 and Celtic faced Dunfermline at Celtic Park. After a thumping 5-1 defeat from Rangers in the Glasgow Derby and a 0-0 draw with Hibs at Easter Road, the Hoops were looking to make amends against the Pars.

It didn’t start well though as a Jason Dair goal in the first minute of the match shocked the home side and the Parkhead support must have been fearing the worst. Goals from Moravcik (8th minute), Larsson (21st minute) and Johnson (80th minute) ensured Celtic got back to winning ways .

This spurred the Hoops on to a seven straight wins, scoring twenty three goals and conceding zero goals. A 1-1 draw with Hibs (again) on the 25th February that season was the only stain as Celtic then charged on from there winning a further eight straight league matches, including a 3-0 hammering of Rangers at Ibrox) as they eventually won the league by 15 points.

In this, O’Neill’s first season, the enigmatic Irishman took his team their first domestic treble since the 1968/69 season. The team line up that night boasted talents such a Larsson, Petrov, Moravcik, Valgaeren, Mjallby and Agathe.  O’Neil spent four seasons at Parkhead, becoming Celtic’s most successful manager since Jock Stein.