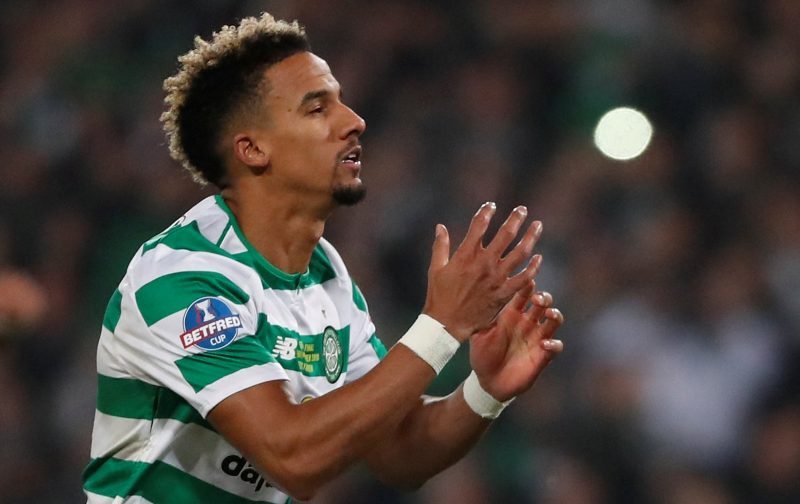 Celtic winger Scott Sinclair’s future seems well up in the air right now but it remains hard to predict exactly where he is going to be past the end of today’s deadline.

According to Keith Downie of Sky Sports, it is now looking pretty unlikely that the winger is going to be going to Sunderland today, at least, with wages the problem:

People asking about Scott Sinclair to Sunderland before tonight’s deadline. I’m not hearing anything positive back that this could happen. Player is on big wages at Celtic #SAFC

Certainly, this will be of little surprise given the money that he is on at Celtic and the fact that Sunderland, despite being a big English club, only operate in the third tier at the moment.

Clearly, though, the winger is down low on Neil Lennon’s pecking order at the moment and it would be wise for him to move away and get minutes elsewhere.

There’s little time left for him to achieve such a deal, though, and so it will be a waiting game in the coming hours to see exactly what happens.