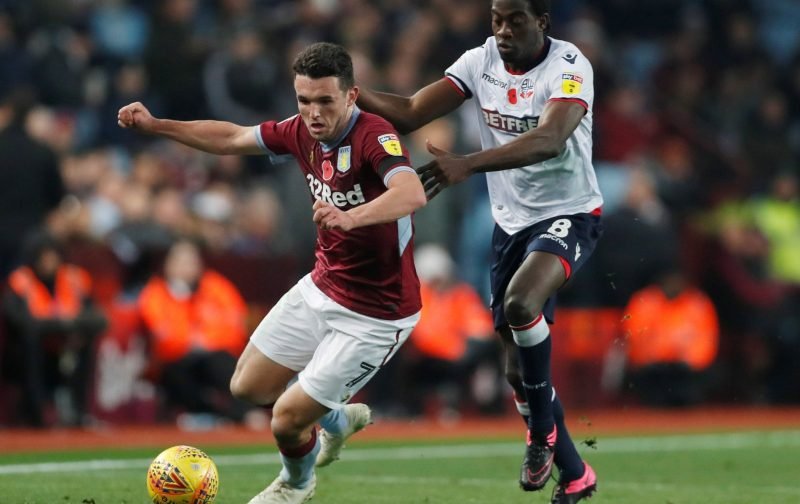 Former Celtic manager Brendan Rodgers is keen on signing one of the Hoops’ former transfer targets, according to The Daily Record.

The failure of Chief Executive Peter Lawwell to secure the signing of ex-Hibernian man John McGinn was a big sticking point in his relationship with Rodgers, with the now Leicester City boss openly criticising the club for not landing the Scotland international last summer.

Now it seems the new Foxes boss is ready to make McGinn one of his first signings at his new club.

The Record report that it could cost as much as £20m to land the former St Mirren man in today’s transfer market, but that Leicester are likely to back Rodgers on any new signings that he’d like to make.

McGinn has made 31 appearances for Villa this season, scoring 2 goals and assisting 8 times as they continue to push for that last promotion play-off place in the English second-tier.

Clearly he is now valued far beyond what Celtic could pay, so there’s no chance of us getting him, but it would still be a sad sight to see him ending up playing under Brendan Rodgers after the transfer saga that dogged our last summer transfer window.