With Celtic easing their way through to the final eight of the Scottish Cup on Sunday afternoon with a comfortable 3-0 victory over Clyde, with skipper and legend Scott Brown getting himself on the scoresheet on the afternoon, he was always going to be showered with praise at the final whistle.

With manager Neil Lennon not taking the opportunity to rest the 34-year-old – despite otherwise making six changes – his importance on the pitch for us needs little explanation, and he’s long gone into the legend category at Parkhead.

The Clyde game was his 564th in our shirt, and his 43rd appearance of the 2019/20 campaign and despite his advanced age now, he’s showing little sign of slowing down.

Reacting to his performance on social media, plenty of fans understandably thought we’d got a job on our hands when it comes to replacing his influence, both on and off the pitch.

Agreed.
Can you think of anyone out there who we could realistically afford who could do all of the above?
Hate thinking of it, but it’s a question Celtic will have to address🍀

Totally agree.
There really is only one Scott Brown and it’s gonna be one hell of a job replacing him.
Can’t think of anyone who could come in and did what he’s done.

A big job finding a replacement. But Celtic need to look hard. A worker a leader and a fighter.

Scott brown is a great a captain as weve ever had, never be enough praise for that man

Yes, But It'll Be Difficult 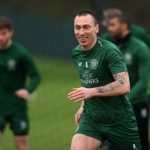 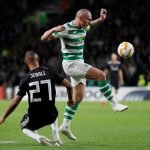