Football without fans – in Britain at least – is nothing new and players across the country have been learning to adapt to  empty stadia since the summer.

One former Celt who believes that an empty Parkhead favours Rangers is Kris Commons with his Daily Mail column reported by The Daily Record, in which he claims that home advantage is non-existent.

So what has Commons said?

“No matter who the opponent is, there’s nothing worse than playing in an empty stadium. It’s just going to be so eerie.

“Even though they’ve played almost a full round of fixtures behind closed doors, it will truly hit them when both the buses let them off at the top of the Celtic Way.

“That’s when the enormity of the occasion would normally hit you, thousands of fans crammed behind barriers just gives you that last little reminder of exactly what this fixture means.

“When our bus drew up at Ibrox, we’d get dog’s abuse from the Rangers fans. No team talk was required after that.

“There’s no doubt in my mind that this new scenario does favour Rangers. Home advantage is so much to do with the hostile atmosphere that the Celtic fans create. That’s one less thing for Steven Gerrard’s players to contend with.

“Although I do believe that the closed-doors environment is something of a leveller here, the best football side should still emerge with the three points.

“They just have to find a different way of winning this one. Normally, the atmosphere ensures the game takes care of itself, but this time the players have to look within for their motivation.”

So is Commons correct?

Nothing much makes sense in this fixture, whether you call it the Glasgow Derby or the Old Firm Derby, it is Celtic v Rangers and everything goes out the window – form, league position, injuries and even where the game is being played. 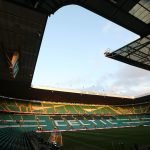 Celtic won the last derby at Ibrox and Rangers the last at Parkhead, both with packed crowds in the home team’s favour, in reality it has little effect on the overall result, if it did, there wouldn’t have been as many hammerings dished out in Govan in recent years.

What he is correct on is that whoever plays the best football should win, it sounds simple but he is right, keeping the head and remaining focussed is key to winning what would be a pivotal three points and set a marker for the rest of the season.