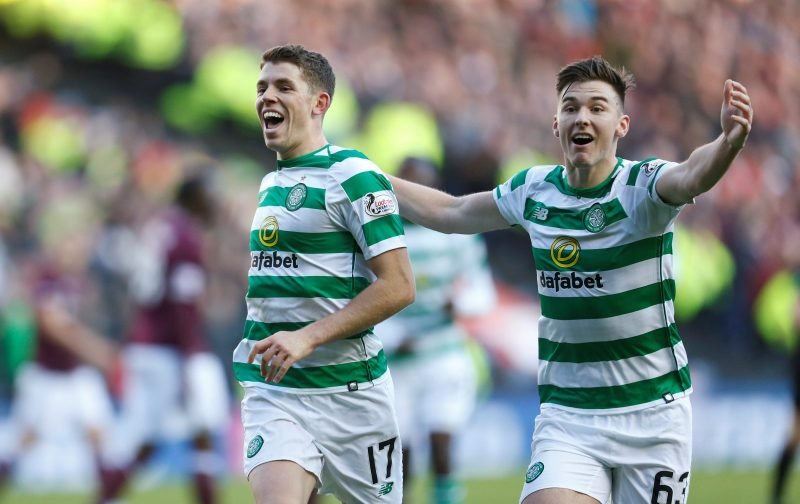 Celtic’s win over Hearts at the weekend was a big result for the Hoops. It’s been a difficult season, yet that game seemed to suggest that things are, at the very least, starting to improve.

It was a complete performance, particularly in the second half, and the man that made all the difference was Ryan Christie.

Brendan Rodgers was full of praise for him after the game, and with good reason, given his involvement in all of Celtic’s goals on the day.

Now, John Hartson has had his say on the attacker, and he’s expecting big things for him.

Writing for the Evening Times, Hartson said: “Brendan is intelligent in his interviews and when he sang the praises of Ryan Christie, there was a point to that”.

The pundit continued: “Ryan is clearly rated and sometimes players mature later than others…I’ve a feeling the Celtic fans will see a lot more of him from now on.

Christie has earned a lot of praise following the game, and with good reason. It was no coincidence that our game improved as soon as the 23-year-old entered the field of play.

He’s clearly got a bright future, as Harton says, but it will be interesting to see whether that’s in the immediate future or further down the line. More specifically, we’re waiting to see if he’ll feature against Dundee on Wednesday.

There’s certainly an argument to say that he should.