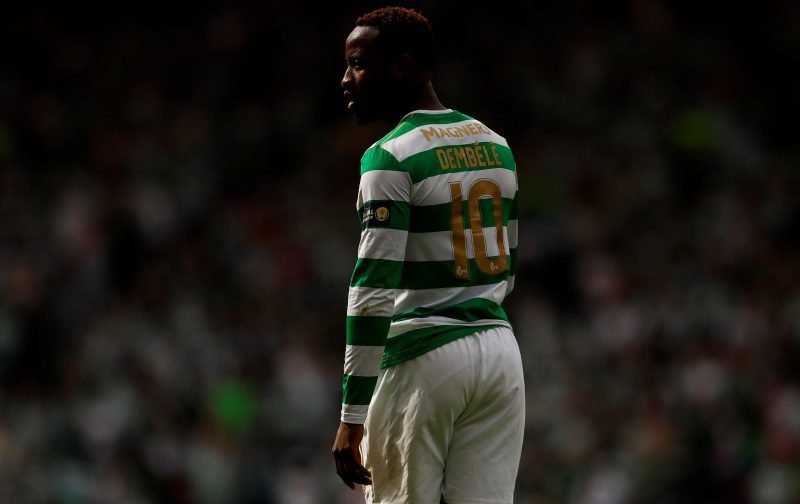 Rangers have claimed they are looking to bank a similar fee for Alfredo Morelos as the one received by Celtic for Moussa Dembele.

The Hoops sold the Frenchman to Lyon during last summer’s transfer window, netting around £20m in the deal.

Now Ibrox Managing Director Stewart Robertson believes that the Gers can bring in a similar amount, at least, for the Colombian forward.

He told fans at a Rangers Q+A event in New Zealand they were aiming to match it, as reported by The Scottish Sun.

Celtic fans of course know that to be pretty inaccurate.

Morelos may be banging in the goals this season but Dembele was a massive force in Scottish football who turned up in big games and scored at a higher European level.

In fact, Dembele often looked his best when tasked with going up against elite defences.

There is no comparison in most supporters’ eyes, with this lot taking to Twitter to share their thoughts…

Moussa Dembele has scored goals in the Champions League, Glasgow Derbies against Rangers and in big Cup Finals. Morelos has done none of that. He's not remotely in Dembeles class.

Roger Hannah's lost the plot, saying the team made Dembele look good. Guy was a machine at times and big game player for us. Does the business everywhere he goes. Morelos'll never get anywhere near that level & the price he'll go for will reflect that.

Why is everyone arguing about Morelos & Dembele?

Both have great potential in the game.

One has scored goals goals in Glasgow Derbies at Celtic Park, Ibrox and Hampden.

One has scored goals against Man City, PSG & other top European sides.

One hasn't done either.

Anyone who think Morelos is of the same standard as Dembele knows hee haw about football https://t.co/xzZoRB8NPV

This talk about Morelos being worth the same as Dembele is cloud cuckoo land stuff. Deluded on an unprecedented scale. https://t.co/53YK7MgGkA

Morelos isnt even worth as much as Karamoko Dembele and hes still skinning folk in under 17 games.