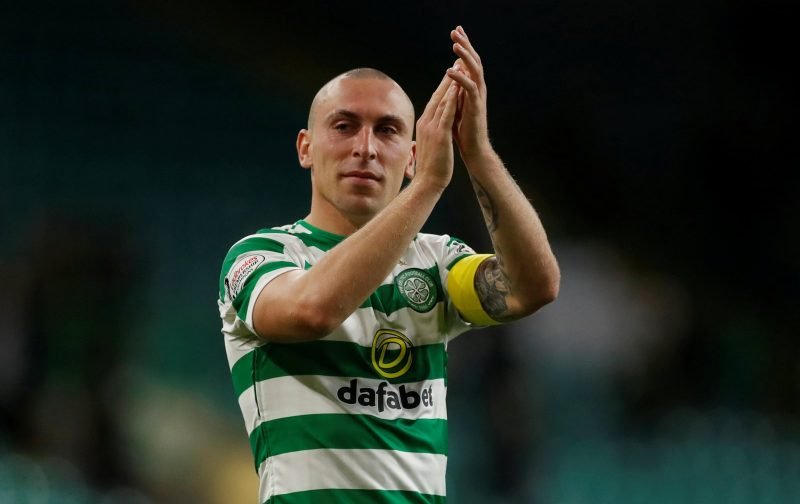 Following on from all the speculation that suggested Celtic skipper Scott Brown could move on either this January window or come the summer, he’s only gone and signed a new contract extension earlier this afternoon.

???? Captain. Leader. Legend. #CelticFC are delighted to announce that @ScottBrown8 has signed a new 2-year contract extension with the club! #GR8SCOTT

The 33-year-old midfielder has put pen to paper on a fresh two-year deal that sees him remain at Parkhead until the summer of 2021 and having first made the move to us back in 2007, he’s certainly going to rack up more appearances given his current tally stands at 506 – with a return of 37 goals.

The modern day legend has helped the club to eight league titles, five League Cups and four Scottish Cup and he has of course worn the armband for our historic Double Treble under current gaffer Brendan Rodgers.

Onwards and upwards as we target more success in the season of 2018/19 and fans have definitely been boosted by the news as they took to social media to react.

This is great news. Now we need to strengthen the defence. Clocks ticking.

That's great news, guys a legend. He deserves the chance to lift 10 in a row with us.

On that note, we signing a right back, centre back or left back? 10 in a row isn't a given you know. Please stop acting like it is.
Back the manager.