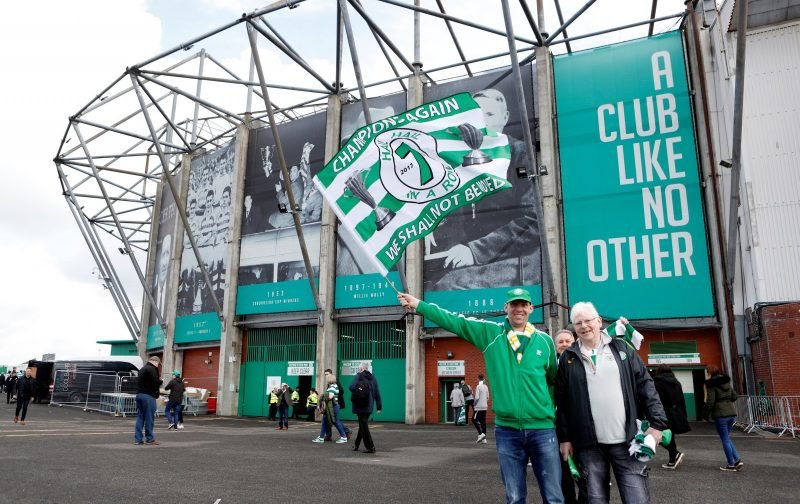 The transfer window has just over seven days left to run and there has been plenty of talk on who will be the new incomings may be, but more importantly, will there be any outgoings at Celtic Park?

With Odsonne Edouard and Ryan Christie being heavily tipped to leave Paradise this summer, there is a school of thought that with both players flourishing under new boss, Ange Postecoglou‘s playing style, they could be tempted to stay on and sign a contract extension.

Ryan Christie’s contract, oddly, expires in January and he has been free to talk to clubs since June, but as yet there is no hint of a move happening yet for the Scotland star.

When asked on Go Radio if Christie could eventually stay and extend his contract, journalist Mark Guidi said that if Christie does, it would be testament to the pulling power of Postecoglou, “I’d be very surprised if Ryan Christie extends his contract. Now it’s up to Ryan Christie because the ball’s in his court.

“To be honest, there’s no perfect solution apart apart from, for Celtic, for him to sign a new three year deal.

“But I don’t think that’s going to happen. If it does then it just shows you the pull that Ange Postecoglou has had already.

“If he can get Ryan Christie to sign a new deal what a coup that would be.

“I mean that would be proper if he could do it. I don’t think it will happen. Southampton are certainly having a sniff, and it wouldn’t surprise me that when the window closes a week tomorrow if Ryan Christie is away by the close of play next Tuesday.”

The clamber for Christie to stay amongst the Celtic fans has taken a full 180 flip as the form he showed for the club last season meant that many fans were not bothered if he left. But now? He is showing the type of player he can be. The type of player he was under Brendan Rodgers and the Hoops fans are loving it!