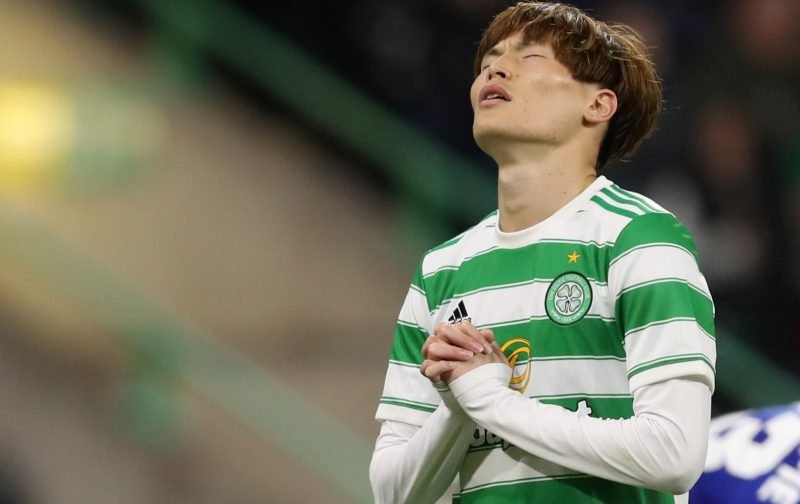 Celtic fans will be delighted that the international break is over and it seems that the returning international stars are all reporting clean bills of health.

After the last window where Celtic’s main striker Kyogo Furuhashi returned with a knee injury which kept him out for up to three weeks, there was a genuine fear amongst the Celtic fans that the same scenario could occur again as Kyogo lined up against Australia and Saudi Arabia.

And as each fixture passed without drama, the Hoops fans all breathed a collective sigh of relief.

But it seems that this may have been premature.

Although Kyogo does have a clean bill of health, he will miss two games in a crucial part of the SPFL calendar as he jets out to represent Japan again in international fixtures in January and February.

The Japanese have two World Cup qualifying home ties against China on the 27th January and Saudi Arabia on the 1st February which will rule Kyogo out of the Tyncastle trip to face Hearts on the 26th January and the visit of Dundee United on the 29th of the same week.

At the business end of the season, the Hoops will rue the exclusion of their talisman against opposition that they have already dropped points against this season.

To compound the Parkhead club’s misery, Aussie Tom Rogic will also miss these clashes as he will also be on international duty with the Socceroo’s as the Aussies face Vietnam and Oman in the same qualification group.

To be missing two key players at such a vital stage of the season will no doubt leave Postecoglou feeling frustrated but with the transfer window in full swing by that time, hopefully Ange will have bolstered the squad to cope with their absences.